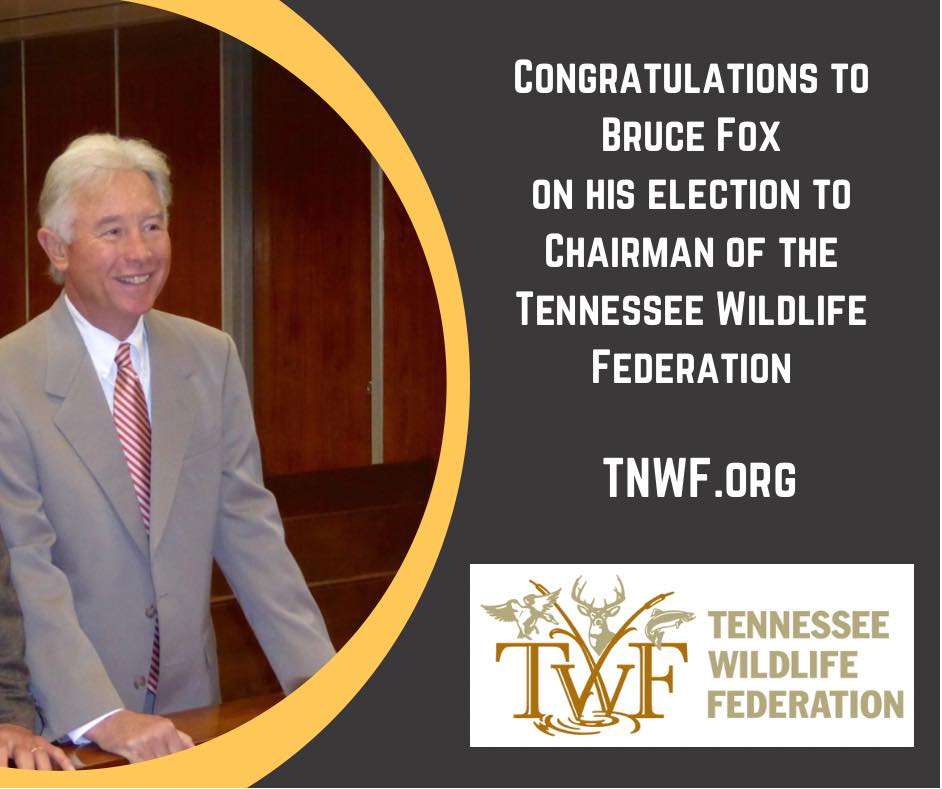 NASHVILLE, TENN. — The Tennessee Wildlife Federation is one of the oldest organizations in Tennessee that is solely dedicated to the conservation of wildlife throughout the state.

Bruce Fox (of Knoxville) with Fox Willis Burnette, PLLC, has been elected as the new Chairman of the TWF. Fox is a partner and co-founder of the personal injury law firm in Clinton, Tennessee.

Fox grew up in Clinton and attended college and law school at the University of Tennessee. Following UT, Fox went on to study in England at Cambridge University where he completed an advanced law degree.

Fox is a highly decorated lawyer that has been named to the Mid-South Super lawyers and one of Cityview Magazine’s Top Attorneys in Knoxville for personal injury for various years.

While Fox has an abundance of achievements and is part of various associations, he is still dedicated to his family. He is married to Mary Jane Fox with six children, thirteen grandchildren, and his Labrador retrievers. They enjoy spending time together, traveling, and a variety of other outdoor activities.

Fox’s passion and love for the community and outdoors aligns perfectly with TWF and their mission. TWF is a non-profit organization that is supported by sponsors, donors, and volunteers.

TWF aims to bring together sportsmen and women, outdoor enthusiasts, and other organizations that are committed to conserving the wildlife in Tennessee. Along with their conservation efforts, TWF also recommends new policies and monitors the wildlife areas.

Much like Fox, TWF also has a lengthy list of accomplishments and associations that they have worked with over the years. Advocacy is huge for TWF and they are constantly working to better the Tennessee wildlife.